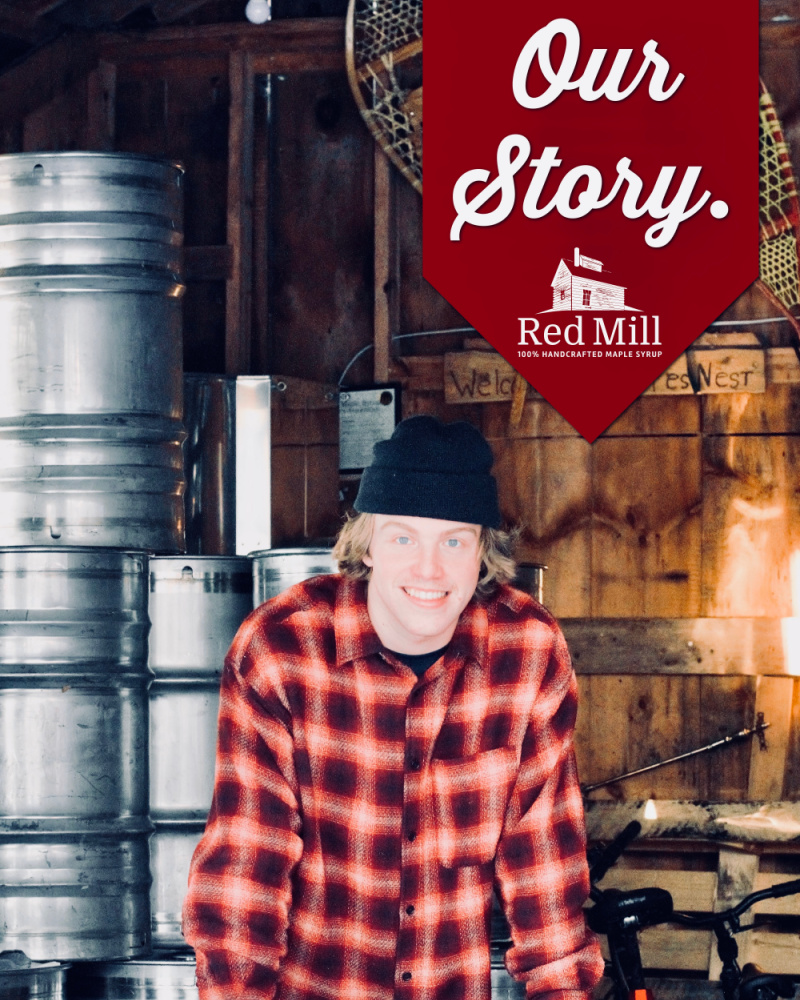 How did Red Mill Maple Syrup come about?

The passion for maple syrup began with Yvan Poulin, Sébastien’s father and Jeremy’s grandfather. Yvan (deceased) was a passionate, ambitious and hard working man. He is the one who instilled Sébastien’s core values he exercises in his life today.

Yvan lived in St-Victor, Québec where he started and co-owned his own maple syrup equipment business called “Robivac”. He had a strong passion and a special fire for the maple syrup industry as it is a very popular hobby in his region of La Beauce, Québec. Unfortunately, during the 1980’s there was a big recession and the business was not succesful and was forced to close down. Although Yvan’s business was not succesful, he was able to teach and spark the same fire for the maple syrup industry into a young Sébastien.

Fast forward a few decades, Sébastien, now a husband of three kids, Jeremy, Maya and Samuel, purchases a property at 1232 Deyell Line in October of 2011. A beautiful home on a 10 acre maple bush. He won’t admit it but he was sold on the property solely because there were maple trees all over it. After settling in with the family for a few years, in 2014, Sebastien installed an intial two hundred taps. He knew that the property had potential for one thousand taps, although he just wanted to try it out first. After his first year of production, Sébastien got the “bug” and decided to tap the remaining eight hundred. It started off as a hobby and it was named “Sugar Rush Maple Bush”.

In 2017, Sébastien decided that he wanted to transform his hobby into a legitimate business. The re-brand began in 2017, Sébastien wanted to create a strong association with the town of Millbrook, Ontario. The idea of “Red Mill” began and came to fruition by taking inspiration from the historic building of the Needler’s Mill in downtown Millbrook. At this time Jeremy was fourteen years old and this re-brand sparked a fire in his eyes. A young, ambitious story teller was born. Jeremy, not so interested in the making of maple syrup had found a role in the company. Sales and marketing – one of his strong suits.

As the years went by, the passion grew stronger. Now in 2022, we are expecting our biggest year yet for overall growth, sales and brand awareness. Jeremy, now eighteen is ready to bring this brand into the mainstream media.

Follow us along our journey, we appreciate your kind words and encouragement every day.

We encourage you to find the spark to your fire.