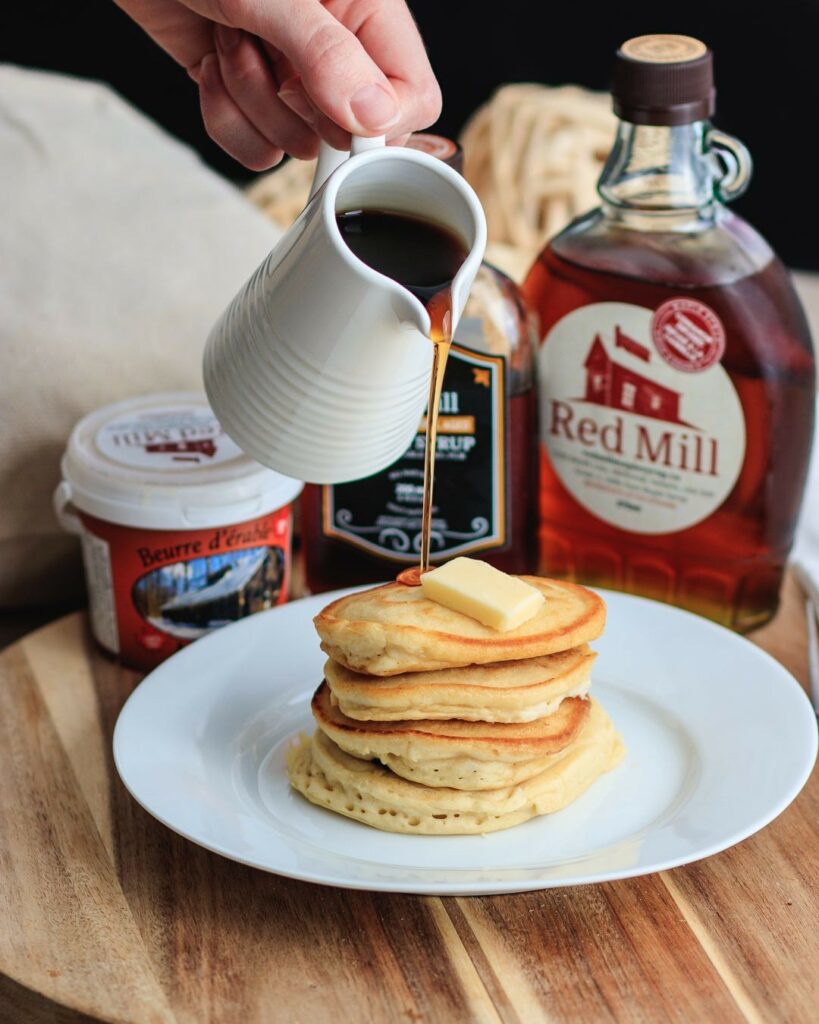 Cinnamon infused maple syrup is maple syrup enhanced or modified with the addition of cinnamon powder or cinnamon sticks.

Our ratio is one cinnamon stick per 375ml of maple syrup. Time also plays in effect with the strenght the cinnamon flavour can have on the maple syrup. The last 125ml of the bottle is much stronger than the first 250ml.