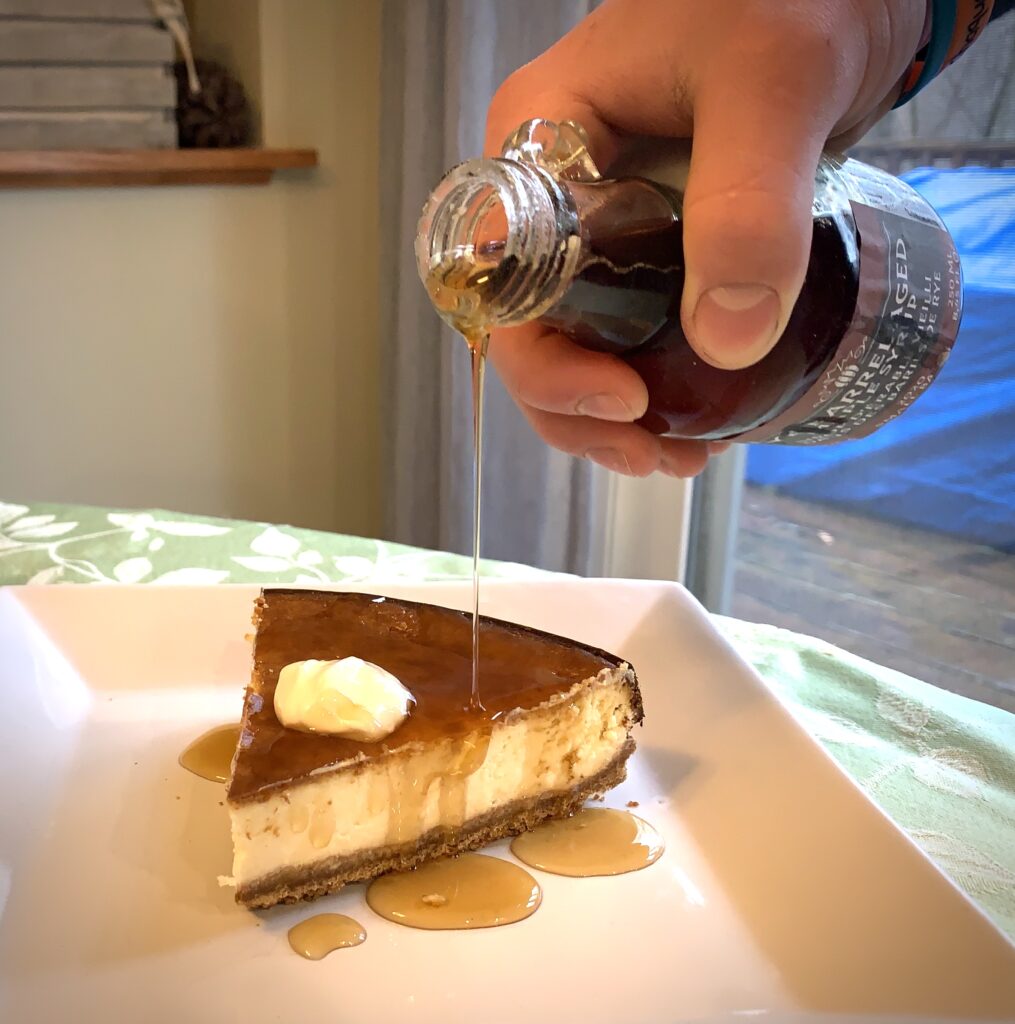 Step 1: Adjust the oven rack to the lower-middle position and preheat the oven to 350°F .

Step 2: Graham cracker crust: Using a food processor, crush the graham crackers into crumbs. Pour into a bowl and stir in sugar and melted butter until combined. Mixture will be sandy. Press firmly into the bottom and slightly up the sides of a 10-inch springform pan. No need to grease the pan first. We use the bottom of a measuring cup to pack the crust down tightly. Pre-bake for 8 minutes. Remove from the oven and allow the crust to slightly cool as you prepare the filling.

Step 3: The base of the cheesecake: Using a handheld or stand mixer fitted with a paddle attachment, beat the cream cheese and Red Mill Maple Syrup together on medium-high speed in a large bowl until the mixture is smooth and creamy, for 2 minutes. Add the sour cream and vanilla extract, then beat until fully combined. On medium speed, add the eggs one at a time, beating after each addition until just blended. After the final egg is incorporated into the batter, stop mixing. To help prevent the cheesecake from deflating and cracking as it cools, avoid over-mixing the batter as best you can. 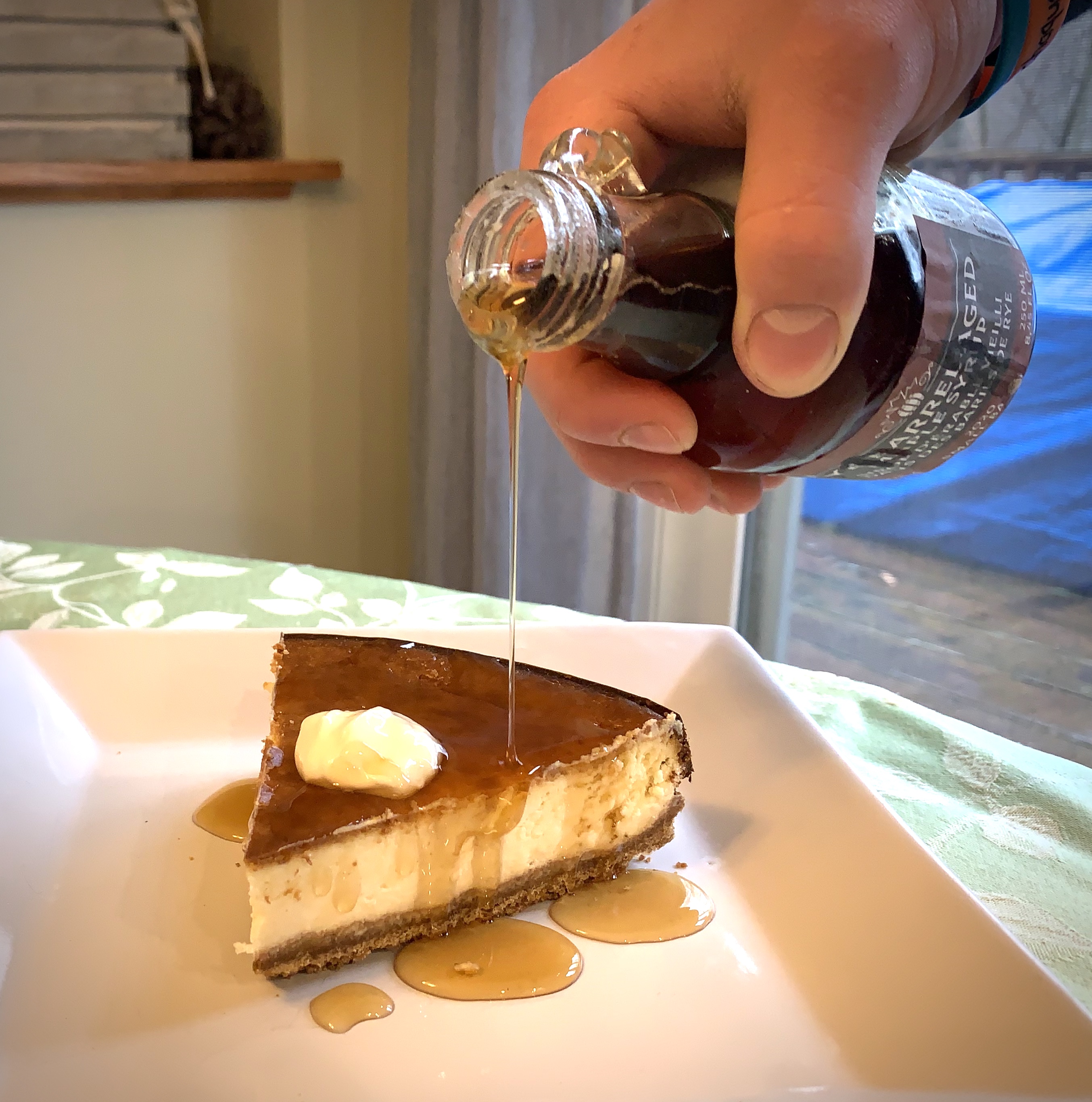 Step 4 : Pour the cheesecake batter on top of the crust. Use a rubber spatula or spoon to smooth it into an even layer. Place the pan inside of a large roasting pan.

Important notes: If you notice the cheesecake browning too quickly on top, tent it with aluminum foil halfway through baking.)

Use a knife to loosen the chilled cheesecake from the rim of the springform pan, then remove the rim. Using a clean sharp knife, cut into slices for serving. For neat slices, wipe the knife clean and dip into warm water between each slice.

Serve cheesecake with topping. Cover and store leftover cheesecake in the refrigerator for up to 5 days.

All Natural Grade A Maple Syrup